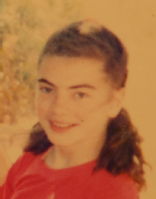 As a PhD Candidate in PaIS, I was supervised by Dr Briony Jones (University of Warwick) and Dr Erzsebet Strausz (CEU) while I was working on the thesis titled “From Combatants to Civilians: Exploring and Re-thinking ‘Normal Life’ in Post-Conflict Croatia (1995-2017)“. My viva was held on 22 March 2021 with Dr Julia Welland as an internal examiner and Professor Roger MacGinty as an external examiner (Durham University). I finally completed my PhD in September 2021 (award confirmed by the Senate on 6 October 2021). Earlier I also completed an MPhil degree in the Department of History where I was studying the war crimes and human rights violations committed by the Communist regime at the end and after the Second World War and supervised by Dr Christoph Mick. I defended my thesis in October 2015 with no corrections, and the examiners were Dr Daniel Branch, the Head of Department of History (Warwick), and Dr Alexander Korb, Associate Professor in Modern European History at the University of Leicester and the Deputy Director of the Stanley Burton Centre for Holocaust and Genocide Studies. The thesis was published in the USA by BrownWalker Press and it is also available on Amazon.

Photo: My fieldwork in Kocevski rog, Slovenia (2010). Kocevski rog is a location of several larger mass graves from 1945 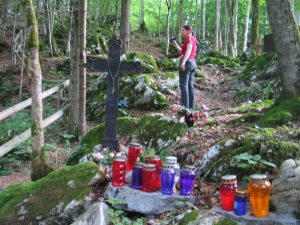 Photo: My fieldwork in Huda Jama, Slovenia (2008) with a prominent field explorer Dragutin Safaric. Barbara Pit (Slovenian: Barbara rov) is a location of a mass grave from 1945 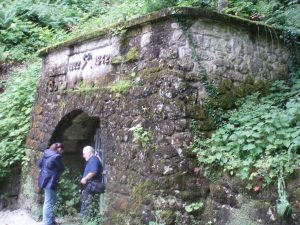 Before coming to Warwick, I obtained a Master of Science degree in International Relations and National Security at the Faculty of Political Science, University of Zagreb, Croatia, defending the dissertation entitled “Irish Republican Army and the Struggle for United Ireland”. The decision to enrol on that programme instead of history was based on the fact it was focused on the history of the 20th century, diplomacy, politics, security, and international law. Before that, I graduated history at the Faculty of Humanities and Social Sciences (also known as Faculty of Philosophy) in Zagreb defending the dissertation titled “Socio-political Context of the Concordat between Holy See and the Kingdom of Yugoslavia in 1935” and journalism at the Faculty of Political Science with the dissertation which focused on the analysis of Tibetan-Chinese and Taiwanese-Chinese relations.

When I began my studies in History, I developed a special interest in war and security studies, including war crimes, human rights violations, political ideologies, nationalism, political violence, and terrorism, which have remained my areas of research to the very day. While I was doing a Counselling skills course at Warwick, I became curious about the problem of dehumanisation which happens in the war context, and possibly continues beyond that, particularly the way two parties in conflict see each other, and how the idea of their own identity is changing in the process. This leads to seeing the victims in the conflict as “non-humans” and it makes manipulation with their death, or even denying it, possible. My previous research in history was largely focused on the “hidden victims” of the totalitarian regimes, those whose deaths were denied as they never happened, or whose human rights were denied in different ways. Thus, my published works in history primarily focus on the mass atrocities and human rights violations committed by the Yugoslav Communist regime during and after the Second World War (which was also a topic of my MPhil thesis).

As a PhD student, I shifted my research to the Homeland War in Croatia (1991-1995), the Greater-Serbia ideology and propaganda that led to mass atrocities, for example, in Vukovar and Skabrnja in 1991, and Srebrenica in 1995, and peace-building in Croatia after the Homeland War, normalisation of life from the perspective of Croatian Army veterans who participated in my research and the role of agency while taking a multi-disciplinary approach to this topic and relying on the previous exploration of ‘normal’ in social anthropology, health studies, sociology and psychology.

I am also interested in some other topics although I do not have time to dedicate myself to that kind of research. As a person who was born with multiple disabilities, I am particularly interested in the Nazi persecution of individuals with disabilities (such as autistic and visually impaired people) and the mass atrocities committed by the same people who later played a prominent role in mass crimes committed against Jewish people. My approach to this research of mass crimes and victimology is rooted in this personal experience and understanding that if I was born in a different time, I would’ve been exterminated only because I was born as I. As a result, in my research I dig very deep to find out as much as possible about each victim, to tell their personal stories, to show what the world lost and how our future could’ve been better if they were not brutally murdered. Apart from that, I am fascinated by forensic science, including forensic archaeology and anthropology combined with genocide investigation. Thus, after finishing my studies at Warwick, I am planning to dedicate some time to that field starting by attending a one-year programme in Conflict archaeology and heritage at the University of Cambridge. Although my focus is on mass crimes against Croatian people, sometimes I am approached by individuals who have information about the fate of other individuals or I come across such data which I am happy to share with researchers who are experts in those topics.

I am a co-founder and the president of the Croatian Society of Historians Dr Rudolf Horvat (Zagreb) as well as web designer and administrator for our website http://croatiarediviva.com/. We are a small society whose research is focused on modern Croatian history and politics, particularly communist repression and human rights violations in the last months of the Second World War and during the post-war period (1945-1990). This was also a focus of the research I conducted in the Croatian and Slovenian archives between 2006 and 2012 when I was also working on the project of the Croatian State Archives in Zagreb and the Croatian State Attorney (2008-2011). Apart from numerous academic papers, our society also published several books which were partially funded by the Croatian Department for Army veterans and local authorities due to our contribution to a better understanding of modern Croatian history (1945 onwards).

My research interests, and even my degrees, published work and personal details, have been continuously manipulated or falsified on the US and Croatian Wikipedia which, due to the nature of my work (war and post-war crimes) exposed me to a lot of bullying and harassment on social media which had to be reported to the police. Meanwhile, both Wikipedia pages were removed by admins and at my request.

1994-2000, Master of History, Department of History, Faculty of Humanities and Social Sciences, University of Zagreb, Croatia